Testing for HIV has become routine screening in primary healthcare around the world. It joins the other routine tests such as; Hepatitis B, Syphilis, Tuberculosis, STs, Chagas as well as others infectious diseases.

The CDC recommends that healthcare providers test everyone between the ages of 13 and 64 at least once as part of routine healthcare. One in eight people in the United States who have HIV do not know they are infected.

You should also get tested if

The most common HIV test is the antibody screening test (immunoassay), which tests for the antibodies that your body makes against HIV. It may be performed on blood or oral fluid (not saliva). Because the level of antibody in oral fluid is lower than it is in blood, blood tests tend to find infection sooner after exposure than do oral fluid tests. In addition, most blood-based lab tests find infection sooner after exposure than rapid HIV tests.

Several tests can detect both antibodies and antigen (part of the virus itself). These tests can find recent infection earlier than tests that detect only antibodies. These antigen/antibody combination tests can find HIV as soon as 3 weeks after exposure to the virus, but they are only available for testing blood, not oral fluid.

The rapid test is an immunoassay used for screening, and it produces quick results, in 30 minutes or less.

RNA tests detect the virus directly (instead of the antibodies to HIV) and thus can detect HIV at about 10 days after infection—as soon as it appears in the bloodstream, before antibodies develop. These tests cost more than antibody tests and are generally not used as a screening test

Follow-up diagnostic testing is performed if the first immunoassay result is positive. Follow-up tests include: an antibody differentiation test, which distinguishes HIV-1 from HIV-2; an HIV-1 nucleic acid test, which looks for virus directly, or the Western blot 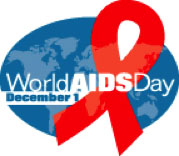 or indirect immunofluorescence assay, which detect antibodies. Follow-up testing allows you and your health care provider to be sure the diagnosis is right.